An established car distributor acquired an independent group of 14 dealerships with a similar range of franchises.

The acquisition went smoothly. The old top team left, and the new dealerships were headed up by a senior manager (Mike) from the established distributor.

The distributorship had a well-established devolved culture in which general managers were given a broad set of annual targets to achieve. How they did this was up to them. Mike worked to the same ethos.

Within three months it was obvious that 4 of the newly acquired dealerships were all were grossly under-performing. Two were quickly sold off. A further 3 had a borderline performance. The remaining seven were OK.

Mike took the time to talk separately to each GM to see what was going on. It seems that this group believed they were second class citizens compared to the distributorship GM’s. They were not invited to the distributorship’s sales conference. Some felt that Mike had neglected them as he was tough to track down. Some felt isolated as they had little contact with others in the group. Under the old regime, they had GM meetings every two weeks. Perhaps the most negative attitudes among the GM’s was the fear that they would be next in the ‘great .’

Mike concluded that several of the GM’s were overly anxious, but he instigated monthly GM meetings. He gave them a reassurance that they all had a great future and offered them any help and support they wanted. No one asked for any advice other than for sales training for his or her staff. They got it.

Over the next three months, Mike took a more significant interest in building a new identity for the dealerships. He: brought in the training department to help them; gave them a high profile in the distributorship’ company magazine; lifted the pay scales; made numerous promises on the back of improved performance. In general, things got worse.

By month nine he put a further two businesses on the market when their performance became unacceptable. They sold very quickly.

Morale, by now, was dropping fast as all the GMs’ fears seemed to be coming true. Various specialists came in to look over the business. They made many recommendations, and most were adopted.

By the end of the first year, business was terrible and getting worse. Mike felt the only thing was to replace 4 or 5 of the GM’s. HR suggested all the GM’s attend a Leadership Program, which had previously been run for all distributorship GMs. Mike agreed and decided to give the worse performing GMs one last chance.

As part of the program, the ten remaining GM’s completed an MCOQ questionnaire. The pattern of strengths and weakness among the managers was reasonably healthy. This suggested that these GM’s were operating to a different ‘mindset’ to the distributorships GM’s.

Given this, it was decided that all 58 of the dealership department managers be also to complete an MCOQ, so a thorough understanding of the company’s management capacity could be assessed. The results were obvious.

All 68 managers were high on:

However, they scored low on:

The strengths show that the culture of the business, and its management, put much emphasis, energy, and attention on promoting and achieving a strong company identity, and pursuing commercial activity and objectives.

However, the weaknesses show this was done without any real data, a low level of scrutiny of the business and its people, and with a low level of courage or risk-taking in decision making.

It could be concluded that these managers mainly relied on habit and experience to manage their businesses. They were very busy people working hard and long, but unable to break through their narrow, experience-based, perspective on management. Without real data, courage, and a thirst to grab the business by both hands, their approach became less relevant and potent over time.

This analysis prompted the senior management from the distributorship to look into the old dealership management style in detail. They discovered that the old management kept close control over all the business.

The senior management was in daily contact with each business, and it was they who made all the relevant decisions, took all the risks, and directed management to take the necessary actions.

The GM’s and their managers were in effect, mere implementers or doers. Senior management were the thinkers, problem solvers and decision maker in all key areas.

This culture of dependence on senior management was in direct contrast with the distributorship GM’s who were mostly autonomous, made their own key decisions and managed their own businesses.

The assumption by the distributorships top management to treat the dealership managers the same as their other managers were flawed and nearly cost them the whole dealership business.

Once this analysis was completed the solutions were quick to implement, and positive results followed.

The ten dealerships were split into two divisions. Each division had a senior manager and accountant whose roles were to give daily support and direction to the management, so filling the void left by the previous senior management.

All the GM’s were given one to one coaching on the distributorships planning and control system and a Dealership Development Program. Department managers were put on a management development program to broaden their general management skills and cover analytical and control capabilities in depth.

Three of the GM’s left within six months as they couldn’t adapt to the new more rounded GM role. Six of the businesses are now performing well, and the other four are off the critical list.

The primary learning point here is that all managers have a sub-conscious ‘mindset’ that defines their role and what constitutes successful management. This mindset drives the managers’ thoughts and behavior mostly automatically. If this ‘mindset’ is not aligned with business direction, then the business can never prosper, possibly never even survive.

Relying on observation or even having discussions with managers will rarely identify this ‘mindset’ or what drives the individuals because they are often unaware of it themselves. Only an objective assessment tool like the MCOQ can do this.

If it had been used on the newly acquired managers when they first came into the broader business then an enormous amount of time, money, effort and anxiety would have been saved.

For your FREE initial consultation on how we can make this service work for you call toll free (888) 384-9424. 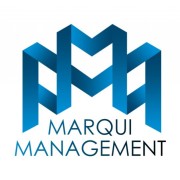 The 5 Pillars of Social Media Marketing

A once fast growing electronics company had experienced a sales plateau. The Managing Director (MD) had serious doubts about the company’s ability to ...

The owner of a family company with a direct sales force of 64 salespeople asked us to review their selection process. They used ...