Whenever you are stopped for questioning by a news reporter, remember your “Miranda” rights:

This was the counsel of California lawyer Monica Bay, speaking in her role as Editor-in-Chief of Law Technology News magazine. She was a panelist on August 6, 2001, at the ABA annual meeting at a program entitled, “Dealing with the Media: How to Protect and Enhance Your Clients’ Interests.”

“If it’s not in your client’s interest for the story to get out, keep your mouth shut. You do not have to answer any question posed by a reporter,” Bay said.

Furthermore, you can negotiate your status before you speak to the reporter. If it’s to your client’s advantage to speak to the press, you have several options of doing so without revealing your identity.

The reporter’s motive is to get the story, get it right and get it fair. Reporters are trained to be like Switzerland – they take no one’s side, according to Bay. A reporter will not tell you not to answer a question because it would be unethical to answer. It’s not their job to protect your interests.

“Remember no matter how nice I am as a reporter, my interests are those of my readers,” Bay said. “I’m not your best friend even if we have a drink afterward the interview. You shouldn’t smoke dope in front of me, which one lawyer did and made me feel very uncomfortable.”

If you choose to “remain silent,” do it in a way that doesn’t reflect badly on your client. Avoid the temptation to curtly say “no comment,” Bay advised. Simply saying “no comment” makes the lawyer look evasive and the client look guilty.

When you decline to comment, make sure to give a reason. “Explain, for example, by saying, ‘I represent a corporation, and their policy is that I can’t comment on pending litigation. They handle all media calls through their own media relations department.’ You are diffusing the ‘no comment’ by explaining why you can’t comment,” Bay said.

Before you open your mouth, you have the opportunity to negotiate what attribution will be used if your comments used for the story. Start by asking, “are we on the record?” You’re always on the record unless you negotiate otherwise. “You should assume that anytime you talk with a reporter, even at a cocktail party, you are on the record,” Bay said.

To keep your identity out of the article, you can negotiate the terms under which you will comment:

“I’ll tell you deep dark secret,” Bay said. “If we had a panel of journalists, they wouldn’t agree on what ‘off the record’ ‘not for attribution’ or ‘on background’ means,” Bay said. Here are Monica’s definitions.

This means your identity will not appear in the article. The reporter may use your information in print if they can confirm the information with other sources. “Do not make the mistake of thinking that because you told a reporter information off the record, that the reporter agrees not to use that information at all,” Bay said.

Speaking off the record can be an effective tactic to guide reporters in the right direction or to help them understand the context of a story. “Let’s say a high-profile lawyer has left your firm,” Bay said. “On the surface, it may look like a devastating loss to the firm,” Bay said. “In reality, the partner was underperforming, bored and clearly in need of a change.

By talking off the record, you can give the reporter the true agendas of the players.”

“Use ‘off the record’ to give the reporter a road map,” Bay advised. “You can say, ‘here are some questions you might want to ask, people you might want to go to, here’s my perspective, here are the politics of the situation.'”

This is a vague term. Journalists themselves argue about the meaning of it. It can mean that a reporter can use your information without attributing it to you and without confirming it elsewhere.

“Consider it the equivalent of ‘judicial notice,'” Bay said. Journalists use it only for self-evident statements, such as “the session was held on Tuesday” or “the sky is blue.”

“This is a landmine,” Bay said. It means the information you give will be put into print but that you will be described in only a general way. Your exact identity will not be revealed, but your position will be described so that the readers know you are a credible source.

“Say you’re on 21-member Board of Governors of a state bar. The reporter might describe you as “a state bar leader” or “a member of the Board of Governors, which narrows your identity down to one of 21 people.” You can negotiate how you will be described.

When the press is calling about bad news, you can’t dodge it. “The very best thing to do is to stand up and immediately come clean,” she said.

Look at the way the Firestone tire recall and tainted Tylenol situations were handled. You’ve got to diffuse the story, and the sooner you say ‘mea culpa,’ the faster the story goes away. Reporters are like the greyhound who’s been given a sniff of the rabbit. You can’t dodge them.

Good news, however, is hard to sell. “Every day 500 planes land at O’Hare. Do we care? No,” Bay said. “Every now and then one doesn’t land so well. Do we care? You bet. Bad news is more interesting than good news.”

Be realistic about what the news value of your story is. “Just because your firm is ecstatic that your firm won the intercity basketball championship, it isn’t front-page news,” she said. News value will also vary from day today.

“What may be page-one news on Monday may not make the paper on a Tuesday, depending on what’s competing against it.”

The solution is to become a familiar name in the newsroom ahead of time. You should try to become one of the “usual suspects” that reporters call when they are looking for comment.

“Establishing yourself as an expert isn’t that hard. Every issue I have to fill 88 pages, and I want new names, new opinions, and new faces. It’s easier to get published than you think. Get to know the publication, and you pitch an article,” Bay said. 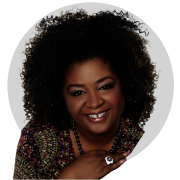 Michele Thompson
Michele Thompson is the Director of Operations at Marqui Management, an author, entrepreneur and finance coach. She has over twenty years of experience in mortgage banker finance, global investor services, real estate and debt consulting. Coupled with her advanced degrees she drives to help new and existing businesses to reach their goals. Connect with Michele via social media or her website here @ Michele Thompson

Lawyer Marketing 101: Present Whom You Represent

Public Relations Marketing Strategies For Lawyers You are known by the company you keep. Anyone who’s a parent knows how true this is. ...

Attorney Marketing 101: Is There A Blog In Your Future?

Blogging Is A Means Of Marketing For Attorneys Even if you’ve never read a blog, it’s almost certain that you’ve at least read ...