For some time now, click-through hasn’t been considered an adequate measurement of success. Consequently, advertisers are looking more and more to conversions (for example, sales, application, registrations, etc.) to assess a campaign’s success.

And it makes sense. After all, what better evaluation is there than the return on investment (ROI)? But a few cases still exist in which conversion rates follow the trend of the ad traffic being brought to the site via click advertising.

It’s a Question of Commitment

Every advertiser has an ultimate conversion goal, and some conversions require a greater commitment on the part of the end user than others. At one extreme of the conversion spectrum (we’re talking only B2C here) is the big-ticket purchase, particularly items that people usually prefer to examine before making a commitment.

Less expensive purchases of standardized items, such as books and CDs, imply far less of a commitment to a user and generate less uncertainty; in those cases, it is easier and cheaper to influence a user to buy.

Conversions become easier (and less expensive) to generate as the commitment level decreases, from a software trial download to targeting a niche demographic to an application form or contest registration.

At the low-commitment end of the spectrum is simply driving a new visitor to a content site, hoping to build up a user base to sell off higher-valued ad inventories to advertisers seeking this targeted audience. (This advertiser has nearly become an endangered species with the devaluation of content-based Web properties.)

The higher the commitment level of a conversion for an advertiser, the more targeted and expensive the ads will likely be to successfully turn conversions. Advertisers seeking conversions at the lower end of the spectrum can often still find the best ROI from low-cost ad buys, often across ad networks. Sure, the actual conversion rates might be lower, but the actual cost per conversion can often justify this buying strategy.

Media buyers often find that to generate a low-commitment conversion for a client at low cost, cost-per-click (CPC) network buys work best, often with little or no targeting. Generally speaking, these ad networks represent lower-tier sites with less traffic, but the returns may justify the lower quality of the sites and their potential audiences.

Another benefit of working on a performance basis is that networks are held more accountable for delivery, such as being required to deliver visitors rather than impressions.

In these cases, traffickers almost always pay more attention to optimizing CTRs. Although buyers normally prefer to optimize based on conversions on the back end, some advertisers really just need to generate traffic (i.e., traffic not driven by incentives), since their conversions require very little effort or commitment to the end user.

It can also often be beneficial for such advertisers to ignore the cost of targeting specific sites and channels within networks. Simply due to relevancy, response rates will be higher on more targeted sites; traffickers will likely begin weighing a high proportion of the ads on the sites buyers wanted anyhow. This is a good way to avoid the additional cost of channel targeting.

Putting Buys to the Test

Last year we did a small test with an ad network that was reluctant to deal on a performance basis. We set up two separate run-of-network campaigns (both geo-targeted to Canadians) with identical creatives, one on a CPC basis, the other on the network’s CPM terms.

We noticed a couple of key points after a few days. First, the CTRs on the CPC deal were better optimized and were driving in more traffic. Second, a high portion of the CPM ads was running on sites that weren’t driving responses well at all.

Years ago, if a company could not afford a TV or radio broadcast deal, the only source for consumers to watch live, was live broadcasts on the Web.

The network we were working with represented one of these sites and was showing a huge bulk of our CPM ads every 20 to 30 seconds for up to four to five hours each game, nearly daily.

The problem was that people listening to the games often have their browser minimized or are likely doing something other than staring at their monitors.

Needless to say, our response rates were nearly nil here, and the branding value was completely lost. Coincidentally, very few of our CPC ads appeared because the network became more accountable for optimizing and exposing the ads to a more appropriate audience.

This is a good example showing that aside from traffic volumes, performance advertising helps guarantee that the optimization process is done and makes publishers more accountable after the sale is closed. It is important to at least have your ads run where they have a chance to be seen, let alone clicked through.

A performance strategy can be helpful in guaranteeing exposure and responses. 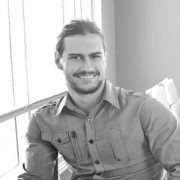 Taj Ridgeway
Taj Ridgeway is a business development manager at Marqui Management. The Australian native moved to Arlington, Texas in 2007 where he attended The University of Texas at Dallas (UTD) and earned his Bachelor of Science Degree in Global Business. In his free time, Taj enjoys playing disc golf, cricket, and helping people in his community.

(PPC) Pay Per Click Advertising Strategies For marketers seeking a way to expose their product without the hassle of initiating a lengthy campaign, ...

Benefits Of Adding Geotargeting In Advertising

What Is Geotargeting? In case you’re not already familiar with geotargeting. Though it’s spelling comes in many different variations, you might find it ...

SEM Strategy: What You Want v What You Need

SEM/Search Engine Marketing Strategies I talked to one of my partners the other day explaining how she noticed that many customers want what ...